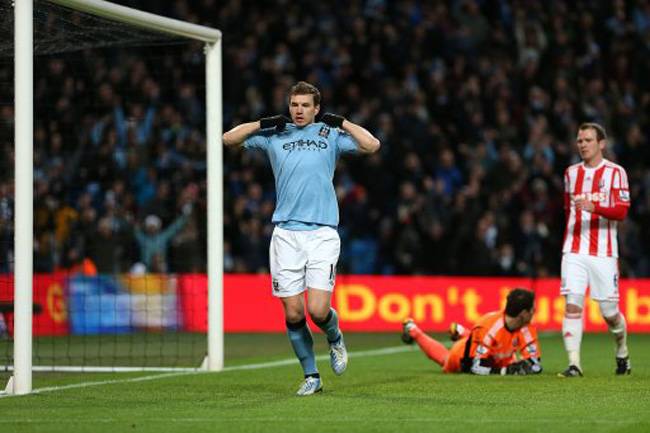 Stoke, arguably one of the most under-rated teams in the Premier League, came to the Etihad hoping to frustrate the champions and for almost all of the first half, that’s exactly what they did. But ultimately, the Citizens’ class shone through.

After 43 minutes of constant attacking from City, it took a defender to finally open the scoring against a stubborn Stoke side, with Pablo Zabaleta netting after some sloppy defending from the Potters.

That goal relaxed the Citizens and after the break, Edin Dzeko and Sergio Aguero, from the penalty spot, secured a deserved win for Roberto Mancini’s side. Although, the spot-kick should never have been given, as the foul on David Silva by Steven N’Zonzi, clearly took place outside the box.

The only negative from the game for City, who stay seven points behind Man Utd, was the hamstring injury picked up by Aguero. Stoke, on the other hand, drop to ninth.