Ajax have been fined €10,000 by UEFA after their fans unfurled a series of ‘anti-modern football’ banners during their Champions League group tie against Manchester City back in October of last year.

The official UEFA line is that the banners were “provocative and inappropriate,” stating that they “created unrest” in the stadium. 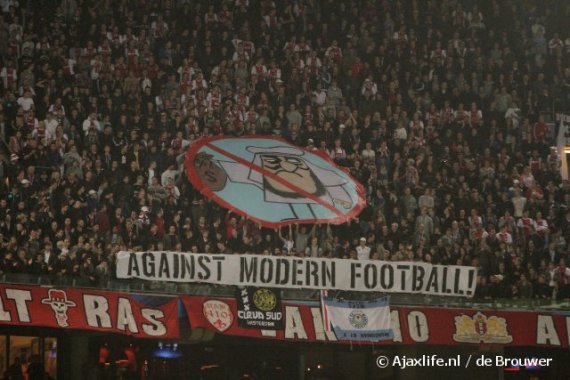 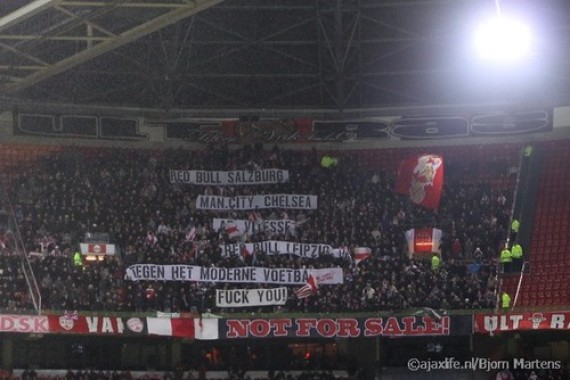 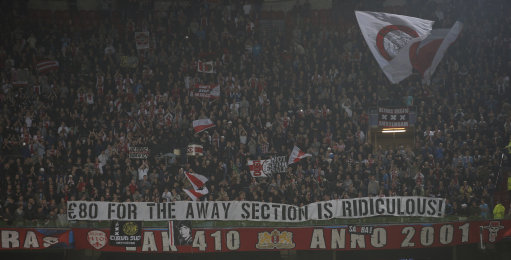 Nothing particularly incendiary there. Surely the Ajax fans are perfectly within their rights to air their greivan… oh no, it slipped our minds for a moment there; this is UEFA we’re talking about here.