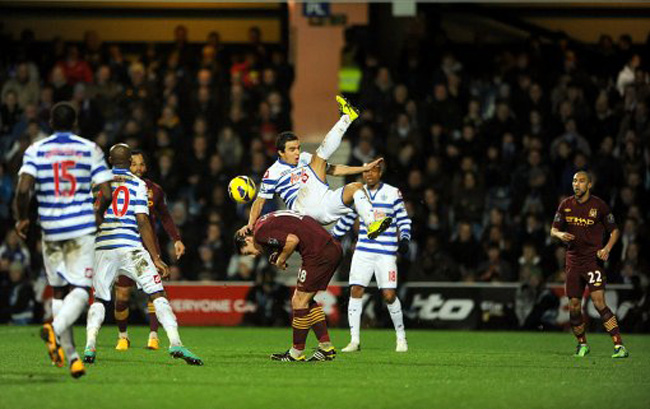 In a magnificent individual display on Tuesday night, QPR ‘keeper Julio Cesar pulled off a number of superb saves to keep Man City at bay and earn the Hoops a well-deserved point.

Roberto Mancini’s men dominated in the first period but couldn’t find a way past the Brazilian glovesman while Pablo Zabaleta hit the woodwork.

Little changed after the break, with the home side dealing with everything the Citizens threw at them, while new-boy Loic Remy even came close to giving the west Londoners the lead.

The draw sees City now four points behind league leaders Man Utd, having played a game more. Rangers, on the other hand, stay bottom but move to within four points of safety whilst remaining unbeaten in 2013.