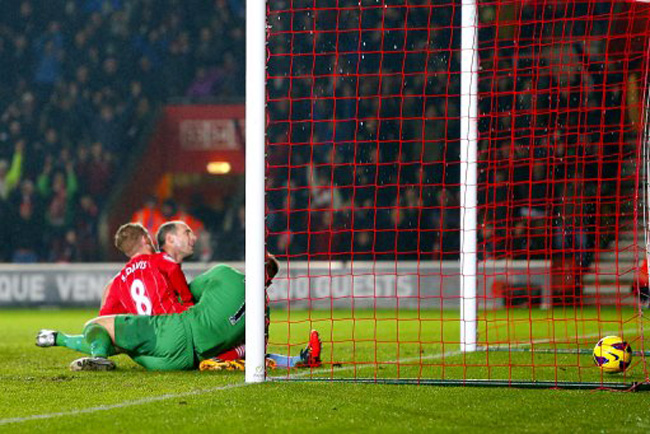 Manchester City’s chances of retaining the Premier League title were dealt a painful blow in Saturday’s late game, as Roberto Mancini’s megabucks side went down 3-1 at Southampton.

All three of the Saints’ goals came courtesy of shocking play from City, with Gareth Barry giving the ball away for Jason Puncheon’s opener (on seven minutes), Joe Hart making a right mess of things for Steven Davis’  goal on 22 minutes and then Barry, bizarrely passing the ball into his own-goal just after the break.

City had got one back on 39 minutes courtesy of Edin Dzeko, but overall the Mancunian giants were extremely poor while Mauricio Pochettino’s side impressed throughout.

City’s lack of urgency during their error-strewn performance will be of great concern to Mancini, as the title looks like slipping out his hands. Will the Italian still be at the Etihad come the start of next season? I’m not so sure.

The Saints go six points clear of the drop-zone while the Citizens are nine points behind league leaders Man Utd, having played a game more.