A large swathe of Man City fans were so touched by Robert Mancini taking out a full-page advert in the Manchester Evening News last to thank them for their loyal support over the course of his three-and-a-half years at the club that – via an online fundraising campaign started by 21-year-old City fan Adam Keyworth – they reciprocated the gesture by clubbing together to raise £7,000 to slap an advert of their own in Italian paper Gazzetta dello Sport… 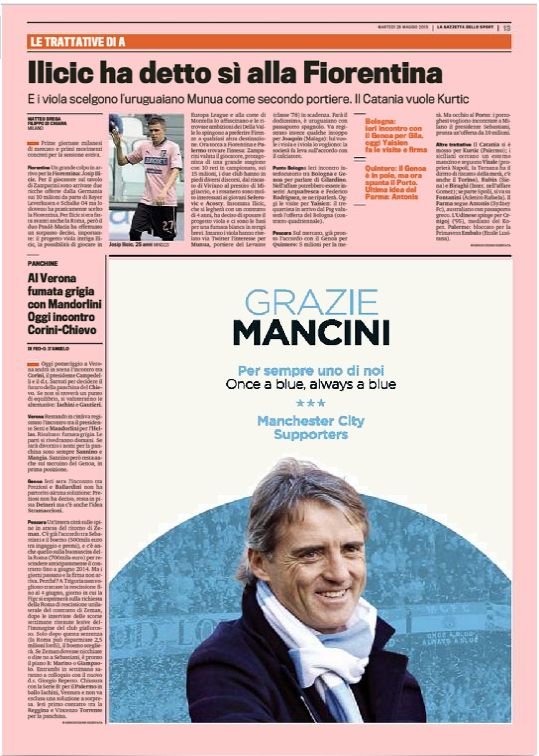 Along with a big thank-you to Mancini, the City fans added a little bit of sentiment in his native Italian tongue: “Per sempre uno di noi” – which translates as “forever one of us”.

Geez, get a room.