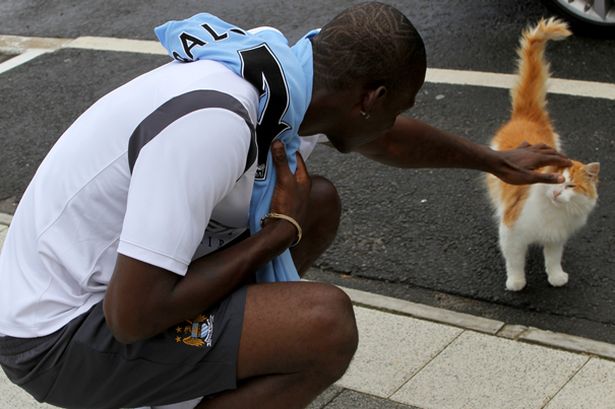 The flags at Man City’s Carrington training ground are all flying at half mast today after it was announced that long-serving official club cat “Wimblydon” had died, aged just 14 (estimated).

Brought in on a free transfer as a stray nearly 13 years ago, the cat was originally given the name “Puss” by the City staff, but all that changed shortly thereafter when the cat moseyed into reception one day just as former fitness coach Juan Carlos Osario, struggling with his pronunciation, mentioned that City were due to play “Wimblydon” later that week. The name stuck.

Speaking via their Twitter account, City have estimated that Wimblydon caught an estimated 200 mice around Carrington, ate 7,000 sachets of food and saw off more than 100 litres of milk. In short, he provided a better service to the club than Owen Hargreaves ever did.

He was also the first living creature to greet Mario Balotelli on his arrival at City and somehow lived to tell the tale. What a trooper.