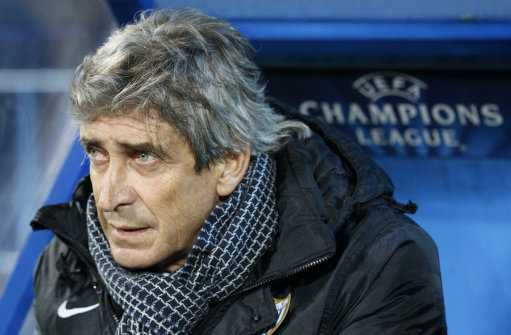 It’s been in the offing for weeks now – Christ, the man’s even made two signings! – but Manchester City have now finally officially been able to swear in Manuel Pellegrini as their new manager after the Chilean reached a settlement with former club Malaga over the monies they owe him.

Pellegrini, who joins City on a three-year deal (supposedly worth £3.4million per annum) and will officially take charge on June 24th, told the official club website:

“I am delighted to accept this hugely exciting opportunity. The club has a clear vision for success both on and off the pitch and I am committed to making a significant contribution.

“Everything is in place for [City] to continue to be successful and I am excited to be able to work with such a talented squad, the executive team and the board to deliver for fans who are renowned for their steadfast support.”

Apparently the hold-up was due to Malaga holding out on a salary settlement owed to Pellegrini, but e’thang’s been sorted now.

Initial thoughts? Give the man time and he’ll surely succeed. Hopefully Pellegrini’s first order of business will be to shake all the hesitancy and caution out of the City players instilled by previous incumbent Roberto Mancini and get them playing like the full-bore attacking Valkyries they should be given the squad at their disposal.

We’re looking forward to this; it could be great. Wonder if he gets a scarf too?