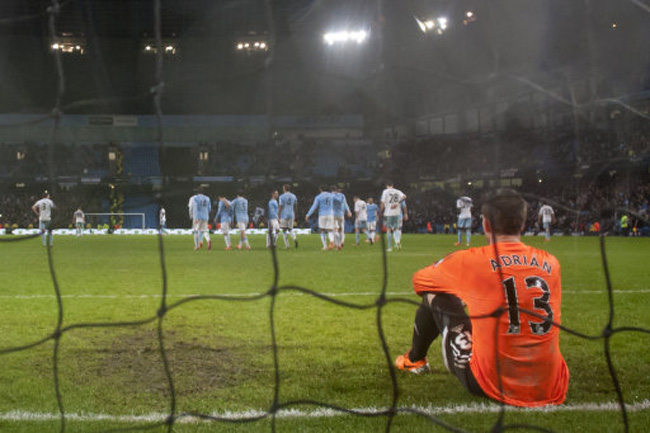 Shipping six goals at the Etihad is nowt to be ashamed of this season, but the lacklustre manner in which West Ham played in their League Cup semi-final first-leg tie against Man City will have concerned the powers that be at the Boleyn Ground.

Alvaro Negredo bagged a hat-trick, with two from Edin Dzeko and one from Yaya Touré giving the Citizens a rather nice lead ahead of the second-leg against a West Ham side that offered little in the way of a fight. Coming off the back of their embarrassing 5-0 FA Cup defeat at Nottingham Forest, this result is sure to push Sam Allardyce even nearer to the exit door, with the travelling support at the Etihad making their feelings very clear at the end of the game.