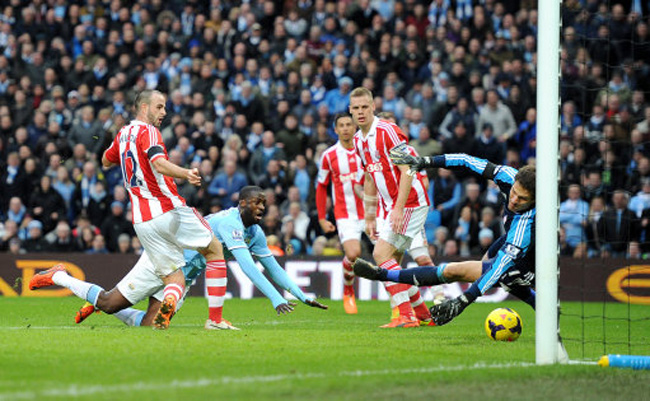 Manchester City kept the pressure on league-leaders Chelsea albeit with a rather limp performance against a well-drilled Stoke side. Indeed, for large periods of the game it was the visitors who looked the more threatening, with Ryan Shawcross and Charlie Adam going close. But ultimately, the irrepressible Yaya Touré came to his side’s rescue once more, firing home from close range on 70 minutes following an Aleksandar Kolarov centre. The result sees the Citizens stay third, three points behind Chelsea and two behind second-placed Arsenal, although they do have a game in hand. Mark Hughes’ Potters, on the other hand, find themselves just three points above the drop-zone.