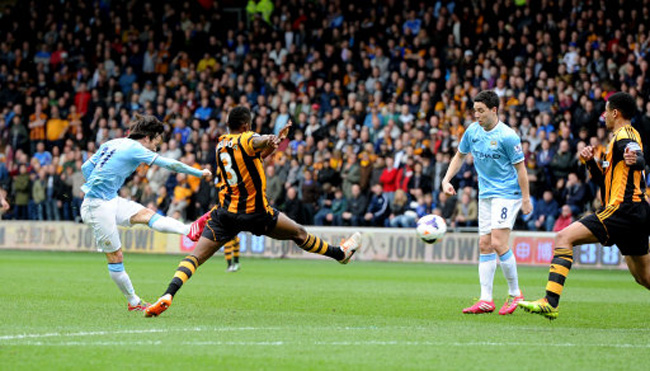 With Vincent Kompany shown red after just 10 minutes for a last-man challenge, title challengers Man City were given a difficult task against Steve Bruce’s impressive Tigers. However, the visitors produced a superb display, with David Silva’s excellent strike soon after the sending-off putting the Citizens in control, with Edin Dzeko’s last-gasp second securing a superb win for Manuel Pellegrini’s side.

Despite having a man advantage, the home side rarely threatened the City goal despite having lots of the ball, with the visitors totally deserving the win which puts them, at least for a few hours, six points behind Chelsea, with two games in hand.