Premier League leaders Manchester City powered into the last eight of the Capital Cup One after demolishing Crystal Palace 5-1 at the Etihad on Wednesday night. 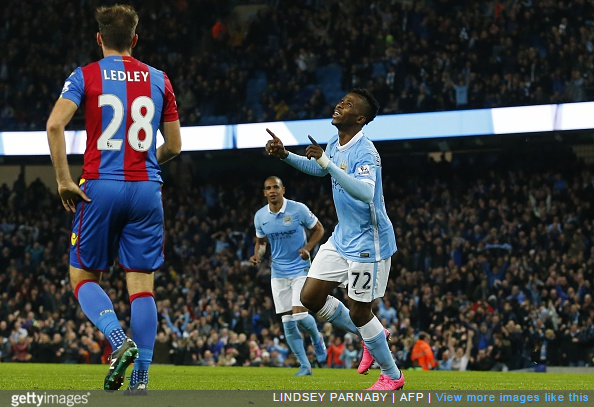 Manuel Pellegrini put out a strong side, with Kevin De Bruyne outstanding throughout and youngster Kelechi Iheanacho producing a fine display.

The hosts started well and on 22 minutes, Wilfried Bony opened the scoring, courtesy of a fine header.

De Bruyne got himself among the goals yet again on 44 minutes, with the Belgian fired home at the far post after being set up by Iheanacho.

After the break, Palace continued to struggle to keep hold off the ball against a vibrant City side. And just before the hour-mark, the hosts made it 3-0, courtesy of Iheanacho who impressed throughout.

Yaya Touré then netted from the penalty spot after Eliaquim Mangala was fouled by Damien Delaney in the box.

Republic of Ireland international Delaney did make up that penalty by netting at the death, courtesy of a header, to make it 4-1. 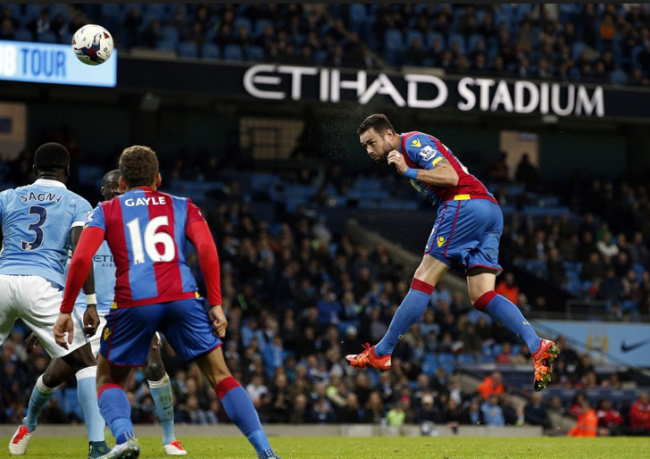 However, there was still time for the Citizens to bag a fifth, with sub Manuel Garcia netting from another Iheanacho assist.

The win, achieved without Joe Hart, Raheem Sterling and Fernandinho, highlights the strength of a City side clear favourites to win the competition outright. As for Alan Pardew’s Eagles, they can get back to focusing on the league for now.