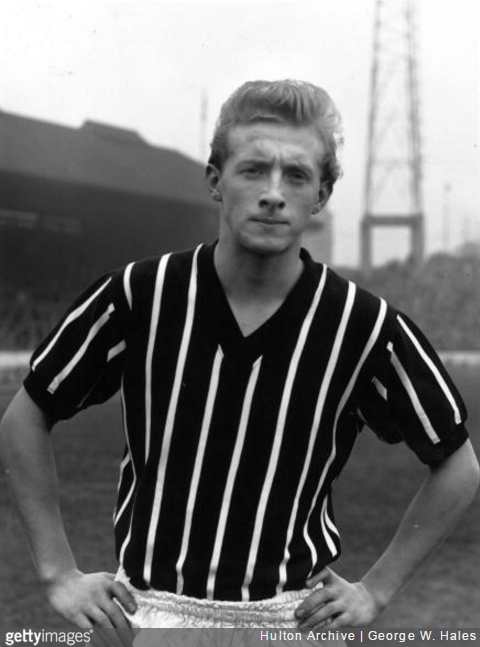 The young Denis Law lines up for Man City, 1960

When Man City played Luton Town in the FA Cup fourth round on this day in 1961, they were 6-2 up after 69 minutes with Denis Law helping himself to all six of City’s goals.

Sadly, it all went swiftly downhill from there for the young Scottish striker. The game was abandoned with 20 minutes left due to the water-logged pitch at Kenilworth Road resembling “a beach with the tide out, with deep mud and a shallow lake” according to a local news report.

The game was rescheduled and played again on 1st February. As Sod’s Law would have it, Law scored again but City ended up losing 3-1.

Just to add insult to injury, Law’s original six goals were struck from the record which meant that he missed out on being the top FA Cup goalscorer of the 20th century.

He eventually finished on 41 FA Cup goals, while Ian Rush topped the table with 44.

It’s not every day that you score six goals,” Law later recalled to BBC Sport.

“I never did it again – the most I managed in a game that counted was four, which I got a couple of times at Manchester United.”

“Obviously it wasn’t meant to be. The funny thing was when we went for the replay on the Wednesday the pitch was in a worse state than it ever was on Saturday.”