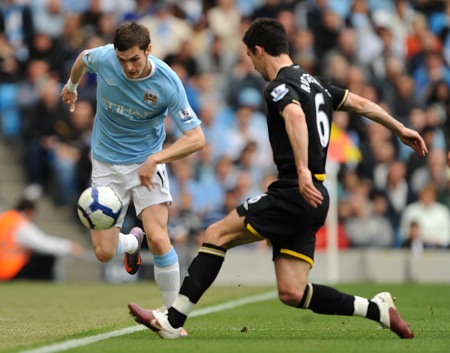 The Italian looks set to hand Johnson his first cap in England’s friendly against Mexico next month.

Capello said: “Adam Johnson [has caught my eye]. He’s come up from the Championship at Middlesbrough, where he played in a different position, and he’s done well with Manchester City. Now it’s important he gets some international experience.”

Conclusion: No David Beckham in South Africa = fast-track to England squad for AJ. And rightly so. He’s good enough.

A pensioner has died while queueing for World Cup tickets. Thousands of South Africans waited overnight to snap up the 500,000 tickets being sold for cash for the first time. Police said the 64-year-old man suffered an apparent seizure as he waited in a queue in central Cape Town. He was number 565 in line.

Amidst talk of slow sales, around 120,000 of the tickets have been made available to South Africans for as little as £13 – that’s the lowest face value at a World Cup finals for a long time. 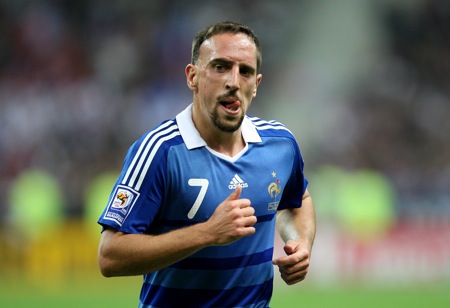 Bayern Munich star Franck Ribery has revealed he plans to make a decision on his future within “the next ten days”. Plenty of heavyweight clubs in Europe are keen to sign the Frenchman, including Chelsea, Barcelona and Real Madrid.

Conclusion: If Real could ditch busted flush Kaka, I’m sure they’d be in a strong position to sign Ribery. But as that won’t happen, I predict F-Ribs will end up at Chelsea.