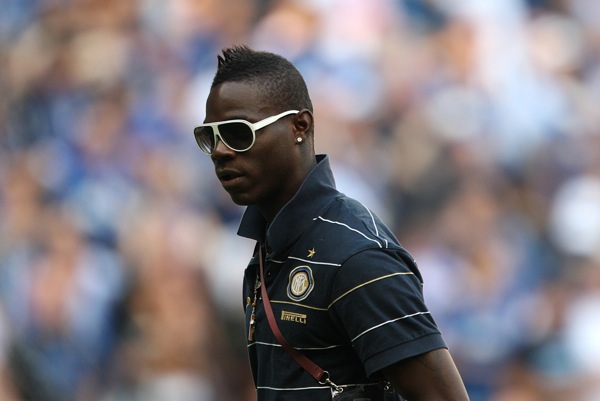 Several sources are reporting that Mario Balotelli’s move to Man City is off because the teenager – and his people – asked for a salary of £180,000 a week, plus image rights.

In City’s gold-lined shoes, I’d tell Super Mario’s agent to buy a one-way ticket to Fuck Off. Because there’s taking the piss and there’s REALLY taking the piss.

Amidst all the hype, I think we’ve forgotten that Balotelli is a raw, teenage striker with serious attitude problems – like when we thought Gareth Barry would suddenly turn England into a world-class team.

Let’s be very clear. In no world – not even the crazy, billionaire’s playground that Eastlands has become – is a player like Balotelli worth even £90k a week, let alone twice as much.

So as much as I’d love to have Balotelli in the Premier League (just for the tantrums), I hope City don’t lose sight of his true market value. I’d pay him £75k a week, no more.

How much do you think he’s worth?