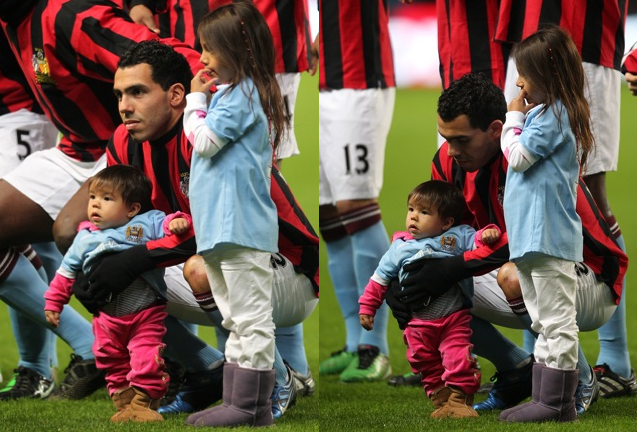 Carlos Tevez’s two daughters are in England, having flown in this week from their home in Argentina. Florence and Katia watched their dad lead Man City to a 4-2 victory against Leicester City in the FA Cup. He was in storming form, though he did have a penalty saved.

The great distance between Tevez and his children, who live in South America with their mother Vanesa (from whom Tevez is reportedly estranged), is the primary cause of Tevez’s much-publicised homesickness. And when you see pics like this, you can’t help but empathise with his situation.