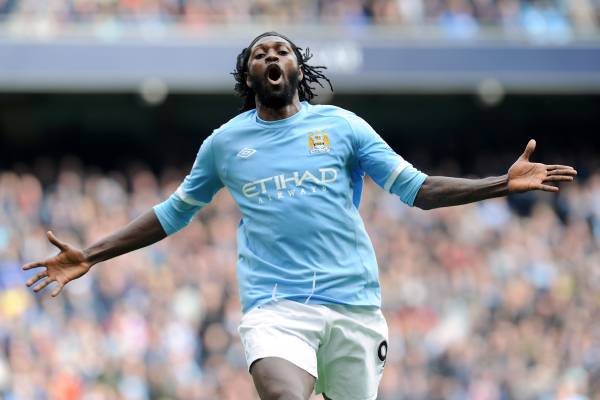 Just before close of play last night, Manchester City confirmed via their official club site that Emmanuel Adebayor will become the latest of their £multi-million signings to be crammed through the sky-blue meat grinder at Eastlands – after announcing that the Togolese target man is now on the brink of securing a loan move to striker-strapped Real Madrid.

Adebayor is due in the Spanish capital this morning to undergo a routine medical at the Bernabeu before signing on the dotted line, so to speak.

Desperate times…and all that.

UPDATE: Adebayor has now passed his medical at Madrid, with the club’s chief doctor Carlos Diez branding the striker a ‘physical marvel’ after conducting a series of thorough checks on him earlier today.