In which, during Manchester City’s 2-2 with Birmingham last night, defender Micah ‘Icarus’ Richards shoots for the moon and unfortunately lands in a hospital bed via the back of Nigel de Jong’s cranium…

What an impressive leap that Richards boy has on him! He must have the legs of a salmon (© Stuart Hall). 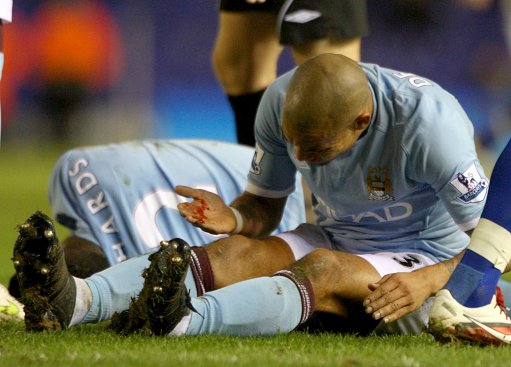 Poor old Nigel, what’s he ever done to anybody?