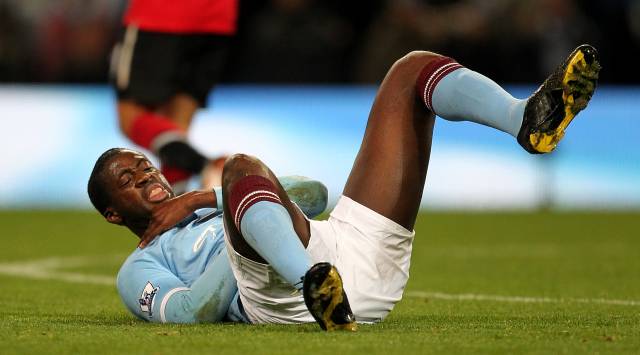 Man City’s roving colossus Yaya Toure believes that his side are well on their way to surpassing Barcelona within the next couple of years, such is their current rate of expansion.

“You cannot compare Barcelona with City right now because Barca are at the top and have top-quality players.

“They have Leo Messi, Xavi, Andres Iniesta and Dani Alves – who are fantastic – but we are still signing new players.

“In a couple of years we could be better than Barcelona. What we need to do is continue to work hard and improve with every game.

“I keep saying to my brother Kolo and my family that City have great players but we need to continue to work hard to become great.”

City are still in the running for the FA Cup and the Europa League, though the Ivorian midfielder insisted that the club’s only ambition is to secure themselves Champions League football for next season:

“Our target is still to be in the Champions League next year – that is very important for this club.

“But it will be tough to stay in there because Liverpool are coming and I’m sure Chelsea will be back.”

Anyone who sat through City’s utterly soulless 5-0 FA Cup win over Notts County at the weekend will attest to the fact that they are still a fair old distance from plucking a great side from their current ‘£multi-million’ soup of a squad, but with that all-pervading vat of Emirati petro-cash at their disposal – maybe Yaya has a point, though I suspect I’d be perfectly willing to toe the party line in exchange for £260,000-a-week.