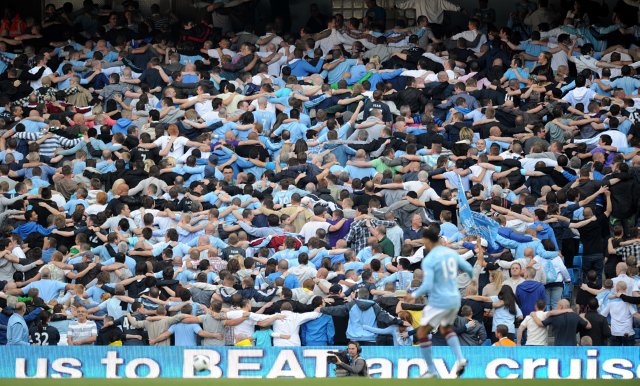 According to the Manchester Evening News, a Manchester City fan (who wishes to remain anonymous) was left in hospital for two days after being stabbed by two fellow City fans.

The fan had tried to break up a kicking that the two goons were doling out to a West Ham supporter in Manchester city centre after the two sides met at Eastlands on May 1st – only to be set upon himself because he didn’t have the requisite accent needed to avoid having a screwdriver pushed into his lungs.

“The West Ham fan was with a little boy who was clearly upset. I think it might have been his son. I walked over and said ‘lads, that’s out of order’, but then one of them turned on me.

“He kept calling me a Cockney – I am from Nottingham and he wouldn’t believe I was a City fan. He was drunk and asked me what it had to do with me. I stepped in to stop them and one of them hit me from behind. Another then hit me with a screwdriver.”

The City fan then spent the next two days in intensive care with a damaged lung.

What a delightful yarn to start the day with.