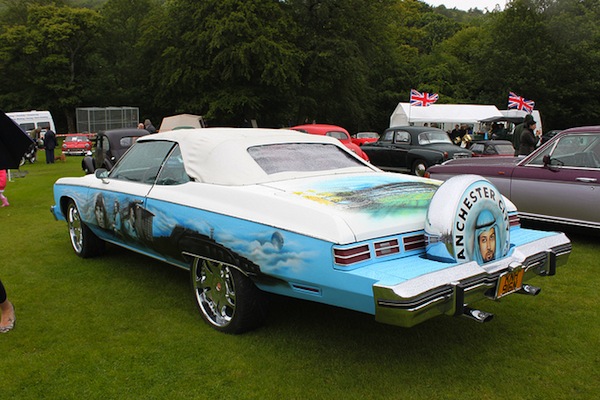 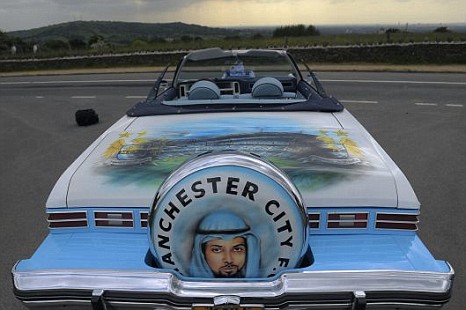 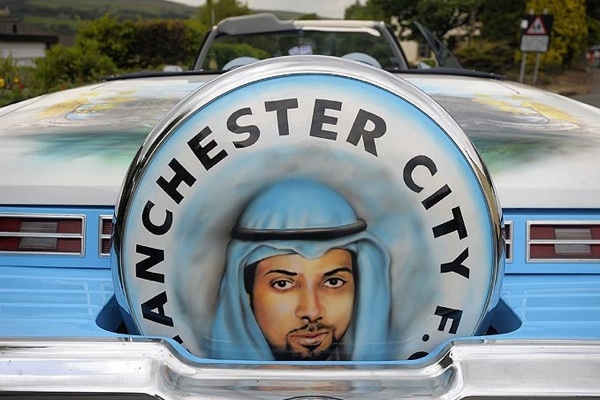 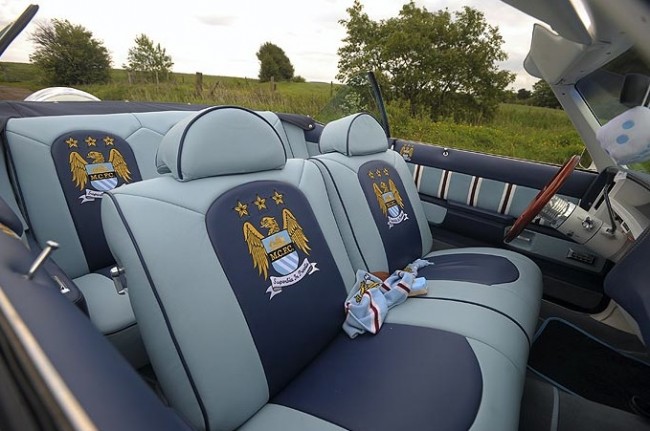 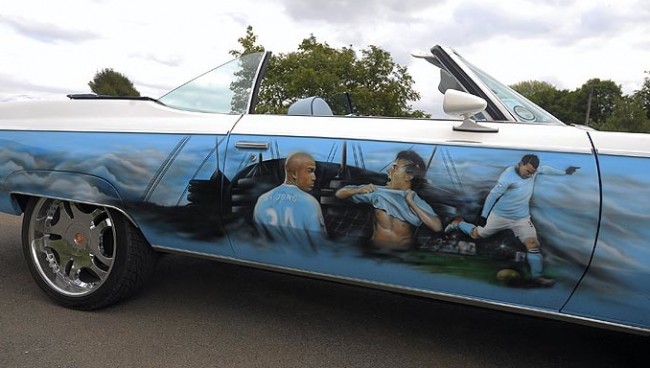 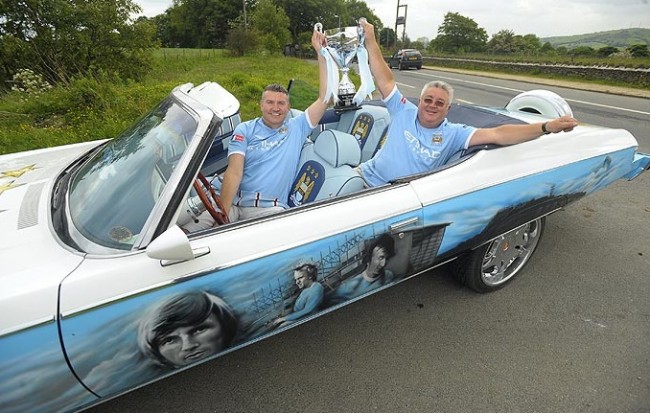 This here tastefully ‘pimped’ automobile belongs to a pair of City fans by the names of Shaun and Mike, who have spunked £50,000 on turning their imported ’75 Chevrolet convertible into the ‘ultimate Blues-mobile’.

The pair bought the car in North Carolina for £15,000 then spent a further £5,000 shipping it back to England, before fluffing a further £30,000 having Franny Lee, Mick Summerbee and Colin Bell’s legendary mugs airbrushed down one side, Carlos Tevez (uh-oh), David Silva and Nigel De Jong down the other, sky blue upholstery stitched in throughout, Eastlands daubed on the boot lid, a whopping great City crest on the bonnet and a fantastically gaudy Sheik Mansour decal slapped on the spare wheel cover.

“Shaun wanted a big and brash car to go to matches in. We found this one but then it snowballed.

“We had to tell Tom Jones, a United fan from Oldham who has done art work on cars for us before, ‘don’t you dare put a Red Devil on it’.

“When it was finished we went over it with a fine tooth comb to make sure they hadn’t hidden any United stuff in it.

“We drove to the ground to pick up the new away shirt and it caused plenty of comments. But we didn’t take it to Wembley – it only does 10 miles to the gallon.”

What do we reckon folks? Money well spent?