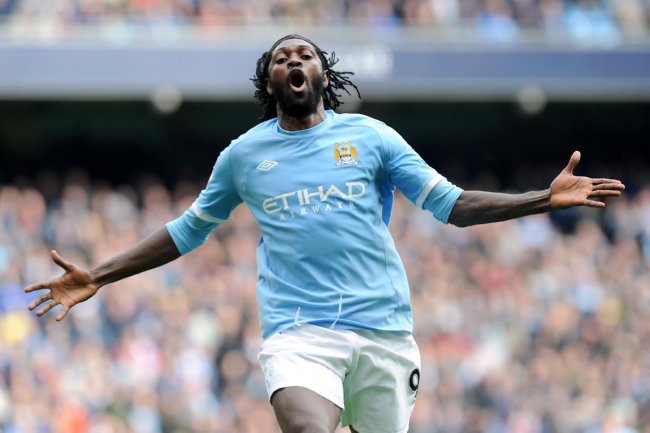 Perma-malcontent Emmanuel Adebayor has not responded well to Manchester City’s exquisitely subtle ‘GTFO’ hint, after realising that, by being omitted from a pre-season tour of the States, he had actually been struck from the club’s first-team roster.

Speaking to The Sun, Adebayor said:

“This is very hurtful and insulting and says a lot about Manchester City.

“On the one hand they want to become the biggest, most successful club in the world, yet the people who run the club are not acting in that way at all.

“No one at City is man enough to speak to me face-to-face to explain. I just received an email from Brian Marwood’s secretary, a lady at the club called Claire, telling me to report for training on July 9th.

“But when I spoke to the other players, I found out the first team was leaving for the pre-season tour of the USA on July 8th.

“So it’s clear they don’t want me here but no one even called. Brian Marwood just got his secretary to send me an email.

Regardless of the ‘distant’ nature of Man City’s upper echelons, we’re struggling imagine that it came as a huge shock to Manny to find that he wasn’t wanted on his return to the club – especially after spending the last few months of 2010/11 away in Madrid after making all of eight Premier League appearances before that and publicly stating that you’d never play again under Roberto Mancini on several occasions.

Surely he had an inkling at the very least?