The latest chapter in the continuing story of Bungaling Balo sees our compelling protagonist getting himself hauled off after just half-an-hour of Man City’s pre-season friendly against LA Galaxy when he intentionally spurned a chance/screwed up a Virgo trickshot – turning his back and backheeling the ball straight out for a goal-kick.

Bob Mancini was not amused, immediately substituting Balotelli for ‘failing to take the game seriously’… 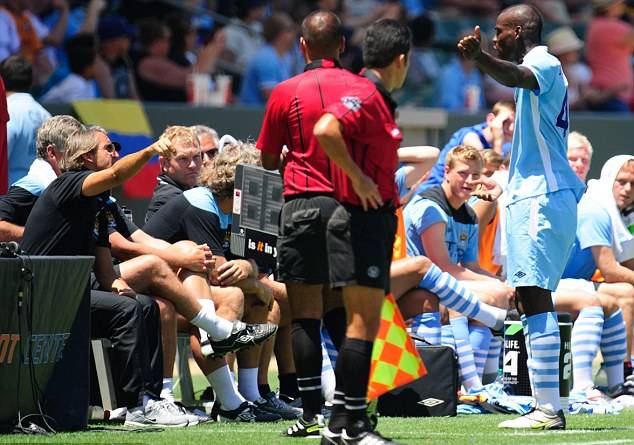 I can think of several strikers that would have been perfectly happy with that effort, but that’s by the by.

I suppose we’d all be lit up if the shot (if it was a genuine botch) had actually gone in – it seems that you have to take the rough with the impetuous arrogance as far as Mad Mario’s concerned.

In his defence; surely there’s a time and a place for a bit of showboatery, namely during ultimately meaningless pre-season friendlies?