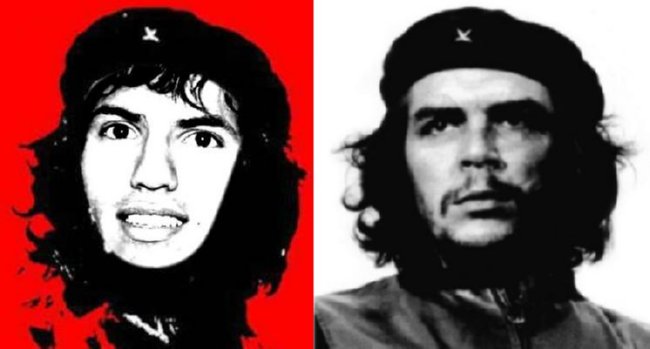 Not our words, but the words of the man himself:

“No one will ever be exactly like Maradona again but…every so often there is a total revolution in football, and someone needs to be the revolutionary who starts things off. That’s me.

“If I achieve what I want to, then I’ll mark a distinct era in football. I’m the Che Guevara of modern soccer.”

I suppose we’ll have to take his word for it. Though we reckon Nigel De Jong and Mark van Bommel probably have better claims to the title, given that they spent all last summer sniping Spaniards in the parched grasslands of Joburg.