According to the Metro among others, as Man City’s leading example of austerity and demure sophistication, ‘Mario Balotelli: Party Liaison’ has stepped forward and duly volunteered himself to organise Man City’s Christmas shindig this year. 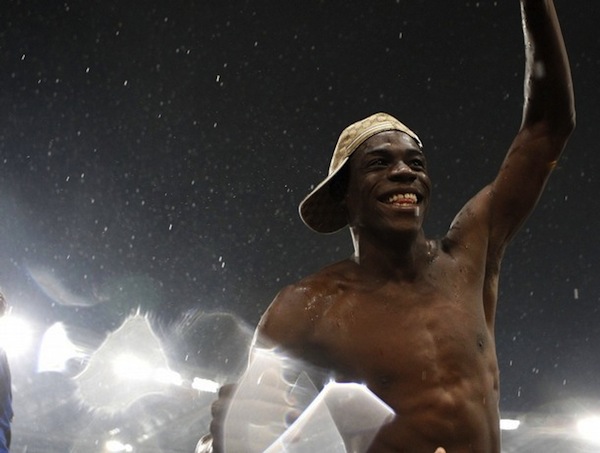 A staunch advocate of expensive restaurants and the gentlemanly pursuit of darts, Mario has promised to ‘take the party to the next level’ without the influence of alcohol – surely everything should go swimmingly, right? Right?

Lets travel into the future and imagine a few of the scenes that could unfold on that fateful night – though, of course, none are mutually exclusive. In fact, you could probably get decent odds on all ten cracking off simultaneously with Balotelli at the helm…

After spending more time on booking his entertainers and organising decorations, Balotelli forgets to arrange a venue. With vacancies running out, Mario is forced to book a club that is also playing host to their Manchester rivals supporters party on the same night. Throughout the evening the players are subject to several taunts, which results in a classic ‘Balotelli vs everyone else’ stare-out. Manchester city centre is reduced to rubble within hours.

2. Youth team player has cigar stubbed out in eye, retinas used as ashtrays

Hang on…Joey, what the hell are you doing here? 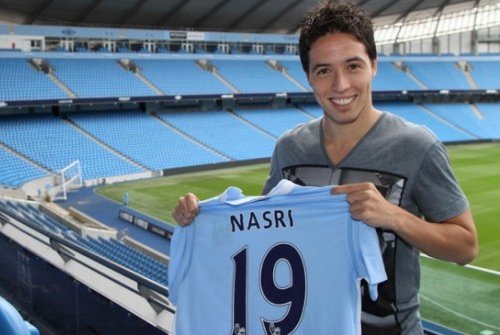 Arsenal’s Christmas parties were usually held at Laser Quest, so the prospect of going to a real drinking establishment got Samir all excited. Hastily, he orders a red WKD and a cheeky sambucca. Schoolboy error. After failing to prove he was actually 24, Nasri is politely asked by the management to leave. The French midfielder then spends the rest of the evening on a park bench, drinking White Ace and sobbing softly.

4. Owen Hargreaves inhales fake snow, ruled out for the rest of the season

Disappointed by the lack of snow in the North East this year, Balotelli attempts to create his own winter wonderland. Failing to get any snow from the very summit of Mount Everest delivered in time, Mario cobbles together a snow machine in his garage at home. After using a lethal mix of chemicals and hydrochloric acid, the fake snow is highly toxic and should not be consumed under any circumstances. Unfortunately for injury prone Hargreaves, a large clump lands in his pint of Dandelion & Burdock and he duly develops a nasty stomach ulcer that rules him out of the rest of City’s Carling Cup campaign.

5. Adam Johnson wakes up in Azerbaijan, now the leader of a cult

After slamming 12 Jaegers, the young England winger wakes up in a remote part of Azerbaijan. Inexplicably, he is now the leader of a bizarre cult for bearded women, who worship Freddie Starr. City are perplexed to his whereabouts. The dastardly Toure brothers look sheepish for weeks. 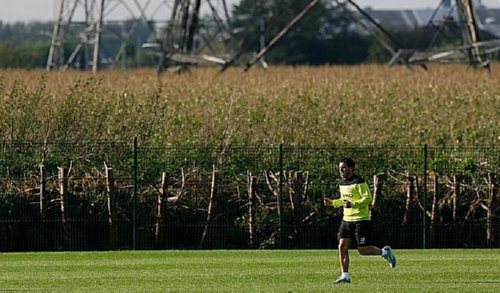 Tevez, seen here with all of his friends

Eager to prove his partying credentials, Balotelli has his agents advertise the event on every conceivable website, street corner and through every letter box imaginable. Man City’s next opponents catch wind of this and sneak a septic tank’s worth of absinthe into the club’s pipes. Everyone who is not either missing or injured goes green and falls incredibly ill. Only Edin Dzeko, Stefan Savic and Alexsander Kolarov survive, partially thanks to their hardened Eastern European stomachs. The trio then play the next match with a bunch of youth players. Still win 4-0.

Wanting several focal points throughout the party, Mario has a rare Bengali tiger imported to presumably perform (or, more accurately, ‘be continually tormented’) at the event. After an hour of having peanuts and pound coins thrown at him, the large cat breaks free. Furiously the tiger tries to seek revenge on Nigel De Jong and Vincent Kompany, but is easily shrugged off by the defensive duo. Looking for smaller prey, Sergio Aguero is singled out. Whilst the Argentine darts around early on, he is quickly taken out with a sickening crunch. Injuries are unknown, but plastic surgery will definitely be required. 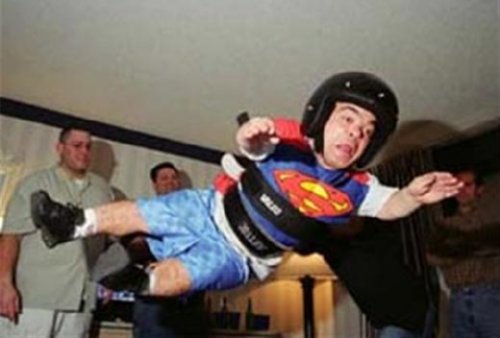 With a history of throwing darts at people, Mad Mario decides to rectify his previous wrong-doings by cutting out the middle man and throwing soft, fleshy people around instead. A group of highly-trained dwarfs are drafted in to perform such a horrendous task. One by one, they are catapulted onto an over-sized bullseye crash mat, until a stray shot from Gareth Barry lodges firmly up the backside of James Milner. The game is quickly stopped, followed by a prompt and awkward trip to A&E. Let it be known that Pies does not condone this activity in anyway.

Balotelli’s investments for the party included gold plating for the entire building, a concert from an exhumed and ‘marionetted’ Michael Jackson and a indoor roller coaster made of unicorn horns. These easily exceed the original budget of £65 by about a couple of hundred million. Added to that are several animal/dwarf welfare law-suits and unparalleled levels of damages and compensation pay-outs. Sheik Mansour decides he can no longer afford to line the pockets of Man City’s petulant millionaires and decides to pile his remaining £500 into Plymouth instead.