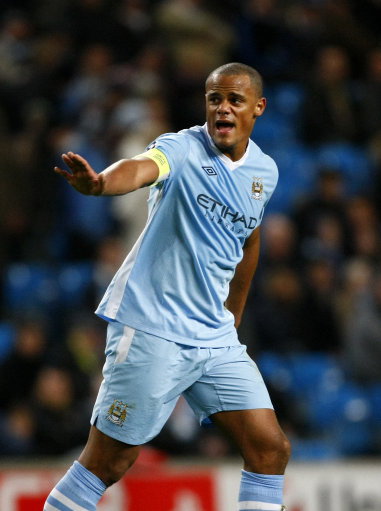 Unquestionably one of the players of the season so far, Manchester City’s Belgian captain Vincent Kompany has decided to use the medium du jour Twitter to launch a new competition which is sure to get the blue half of Manchester rather excited.

The former Anderlecht man has challenged fans on his @vincentkompany account to Tweet him an inspirational message, the most stirring of which will be used in his team talk before the big clash with United on Sunday.

He said: “As you know, we have a big game coming up on the eighth of January, the FA Cup third-round game when we play Man United.”

“What if you were to be the captain on derby day? You get one chance, one message, one opportunity to lift the spirits of the whole team to make a difference.”

“Tweet me with what you would say on derby day to inspire the team and I will make sure that on the day it makes a difference.”

Here’s the man himself explaining the whole thing…

Fans have until 10am on Friday to enter.

One imagines the star will receive entries not only from City fans, and not only ones that are complimentary to the Citizens.

So, what would you suggest he says to his team-mates before kick-off on Sunday?