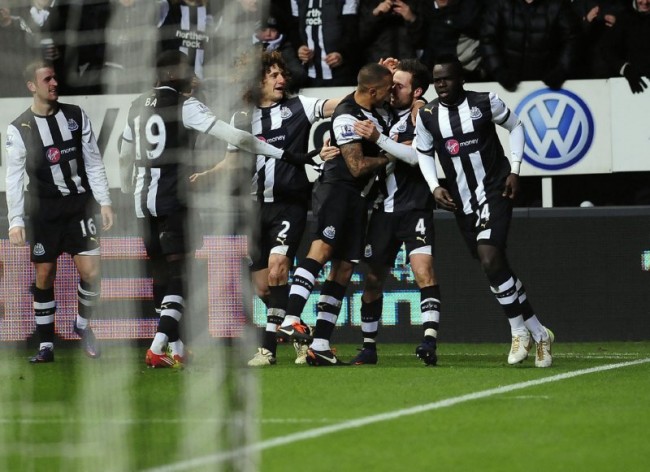 It’s not been a good few days for Manchester United? Four days after slumping to a home defeat against lowly old Blackburn, United found themselves on the end of a relative 3-0 tonking at the Sports Direct North East Regional Distribution Centre which gave their title aspirations yet another toe-punt in the undercarriage.

It will probably come as no surprise to hear that Demba Ba opened the scoring for Toon (how they’ll miss him when he toddles of to the ACoN in a couple of weeks), with Yohan Cabaye flighting home a lovely 25+ yard free-kick just after half-time before Phil Jones fleshed out the win with a bumbling face-to-knee own goal in stoppage time.

Newcastle (and I’ll let you make your own quips about their new shirt sponsor – ‘Virgin Money’) now sit a single point behind Liverpool in seventh while Man Utd once again find themselves a full three points behind ‘you know who’ at the summit.