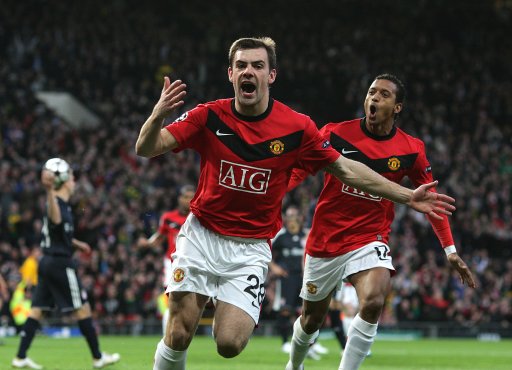 Despite Manchester United’s lack of depth in central midfield, Darron “with an ‘o’ ” Gibson has been shipped off to Everton, for a reported fee of just £1 million.

The Irishman’s four and a half year deal with the Toffees comes after not long after the Republic of Ireland midfielder was fined by Sir Alex Ferguson, after a Boxing Day night out with team-mates Wayne Rooney and Jonny Evans had left the players unfit for training for the following morning.

Whilst possessing a very decent (if slightly wayward) shot, Gibson never established himself in the United midfield and will, no doubt, be relishing more regular football under the guidance of David Moyes.

However, will the 24-year-old really add that much to an Everton side in need of some more invention? And from United’s point of view, is £1million a decent return on a talented player? Also, was the player himself really given enough chances to shine in Manchester? Questions, questions!