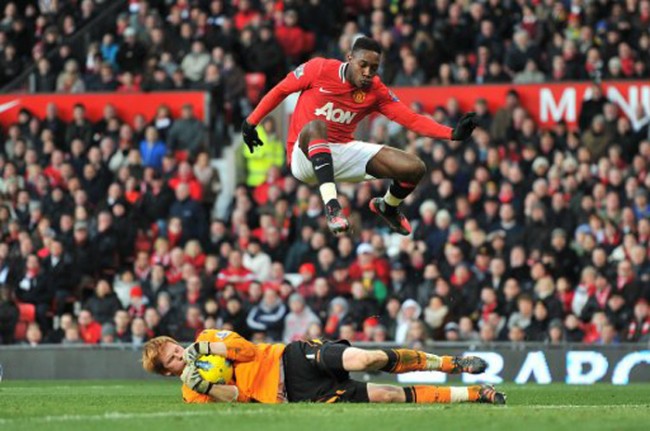 Starting for the first time since his surprise emergence from retirement, Paul Scholes made it 18 Premier League seasons (out of 18)  in which he’s scored after netting the opener against Bolton, with the goal coming just before the break.

United had, not surprisingly, dominated the opening exchanges against a Bolton side shorn of Chelsea-bound Gary Cahill. Goalkeeper Adam Bogdan was doing his utmost to stem the red tide for the Trotters, even saving a Wayne Rooney spot-kick, awarded after Zat Knight had tripped Danny Welbeck. However, with half-time approaching, Rooney atoned for his miss, setting up Scholes who fired home United’s 50th league goal of the season, and the scorer’s first since August 2010.

After the break, the visitors battled hard to get back into the game, with former Liverpool man David Ngog coming close and Gretar Steinsson seeing his looping header cleared off the line. However, United eventually sealed the victory with late goals from Welbeck and Michael Carrick.

Despite the win, which puts United level on points with Man City, the Red Devils still look like a side not quite firing on all cylinders, while Owen Coyle’s Bolton, for all their effort, look desperately in need of a miracle. Or at least a few new players.