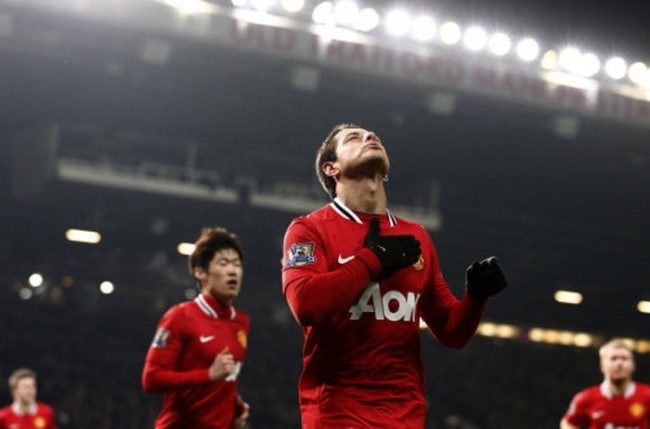 A penalty kick either side of half-time was enough to give an under-par United side a vital win at Old Trafford on Tuesday night, a victory that sees them go level with title rivals City at the top of the table.

With 11 first-teamers out of action, Sir Alex Ferguson was forced to start with rookie Ben Amos in goal, while Dimitar Berbatov and Javier Hernandez, all too often left on the sidelines, started up front.

United struggled to get going in the first-half but were awarded a spot-kick when Jermaine Pennat fouled Park Ji-Sung in the box. The Little Carrot, or whatever they call Hernandez, fired home from the spot and it was a similar scenario on 53 minutes, when Berbatov, the Big Beetroot, netted the penalty after Antonio Valencia was fouled by Jonathan Walters.

The Potters provided little in the way of a goal threat themselves and the game ambled towards its predictable conclusion. Not a vintage performance by United by any means, but one which sees them up the pressure on City.