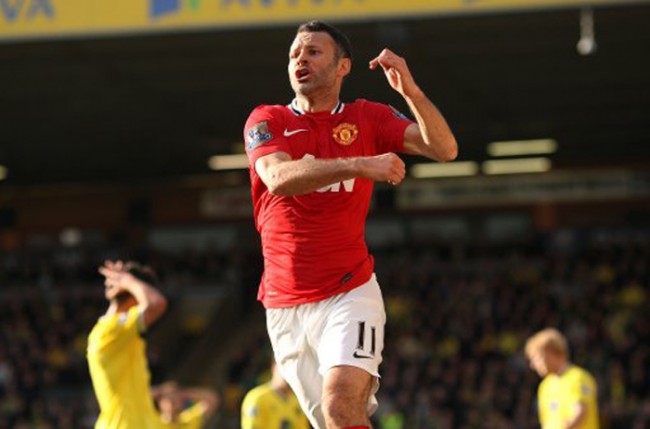 Making his 900th appearance for the Red Devils, veteran Welsh wing wizard Ryan Giggs celebrated his landmark game with a vital last-gasp winner for United against a Norwich side who deserved at least a point.

Another one of Fergie’s original fledglings, Paul Scholes, opened the scoring after just seven minutes, heading in a Nani centre. The schemer was in superb form for United all afternoon, although the Canaries themselves impressed, forcing David De Gea into a number of smart stops.

After the break, United created more chances, with Danny Welbeck going close. However, with just seven minutes left on the clock, chunky hitman Grant Holt did it again, turning Rio Ferdinand in the box before smashing home the equaliser.

The home side were well deserving of a point, however, with only injury time remaining, Giggs popped up to net his 107th Premier League goal after good work from Ashley Young.