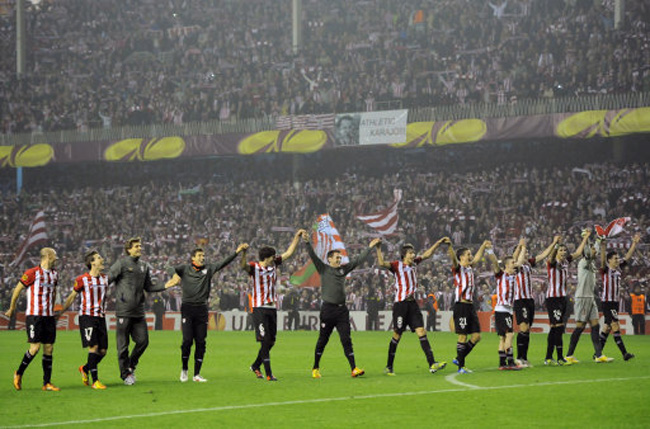 Manchester United crashed out of the Europa League on Thursday after being beaten 2-1 away at Athletic Bilbao. To be fair, United were thoroughly outplayed by the Spaniards, something Sir Alex Ferguson even admitted after the game.

Lanky Spanish international Fernando “Two L’s” Llorente opened the scoring on 23 minutes courtesy of a superb volley after another star of the show, Iker Muniain, had already hit the post on 14 minutes.

The Red Devils struggled throughout the game against the slick passing of the Basque side, and just after the hour mark, Bilbao made it 2-0 (and 5-2 on aggregate) when Oscar De Marcos fired home.

Wayne Rooney did salvage some pride for United late on, with a magnificent curling effort, but ultimately the Premier League leaders were outclassed by the Spaniards.

At least Ferguson’s men can now focus solely on the Premier League title.