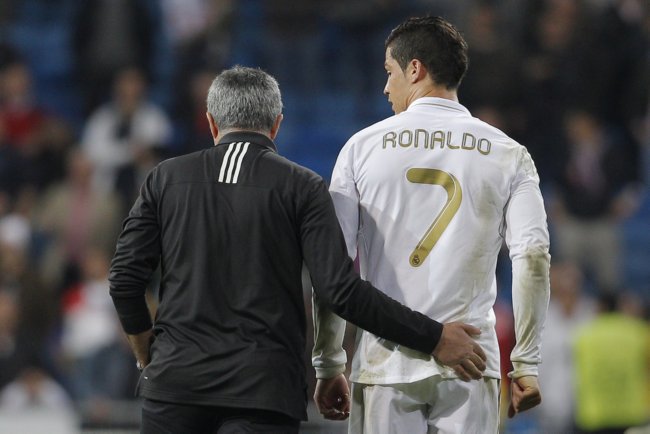 After first snagging him back in 2005 – at the tender age of 20 and having just put pen to paper at Manchester United – football memorabilia specialists ICONS have since forged a long-standing and exclusive signing deal with Cristiano Ronaldo, and have such amassed an impressive collection of swanky football goodies complete with the Portuguese superstar’s sought-after squiggle daubed all over them.

ICONS’ Ronaldo range includes signed shirts (in both Real Madrid and Manchester United flavour), several of his various Nike boots and glossy photos of defining moments from Ronaldo’s career to date – including his towering header in Moscow back in 2008 and his wild celebration after scoring in last year’s El Clasico…

It’s all 100% certifiably genuine produce too, as ICONS have photos of each piece of memorabilia being signed by the man himself…

As if that weren’t enough, ICONS are also currently running a competition that will see one lucky so-and-so win a personally-signed Ronaldo jersey – with the winner able to pick either a 2007/’08 Champions League Man Utd shirt or a 2011/’12 Real Madrid home jersey as their prize.

Fancy your chances of landing a truly unique prize? All you have to do is fill out an entry form, send it on it’s way and keep your fingers crossed. It doesn’t really get much simpler than that, now does it?

The full, hand-signed Cristiano Ronaldo range is available for your perusal over at ICONS.com, as well as mountains of other autographed football memorabilia from some of the game’s biggest names.