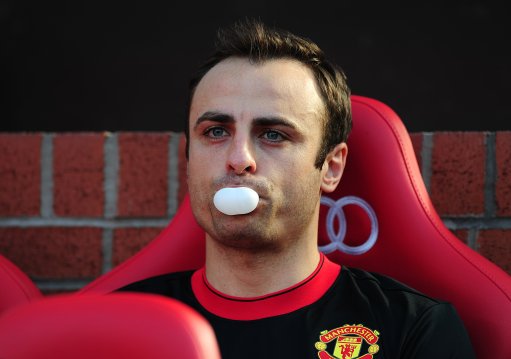 Bulgarian striker Dimitar Berbatov will leave Manchester United at the end of the season after he was deemed to be too slow for the Red Devils’ fast-paced attacking style. That’s according to the 31-year-old’s agent, Emil Danchev, who said:

“I had three meetings with Sir Alex. He’ll try to build a team for the next three or four years and Berbatov isn’t part of this.”

“Ferguson wants to change the playing style, to implement more speed. I’m pleased United will not oppose Berbatov’s move in the summer.”

Currently, Berbatov is behind Wayne Rooney, Danny Welbeck and Javier Hernandez in the striking pecking order at United, and has only made 10 Premier League appearances this season.

Still, with his amount of natural talent and goalscoring prowess, surely there’ll be a queue of suitors lining up to take him, even if he is in his thirties? Maybe a move back to White Hart Lane is on the cards?