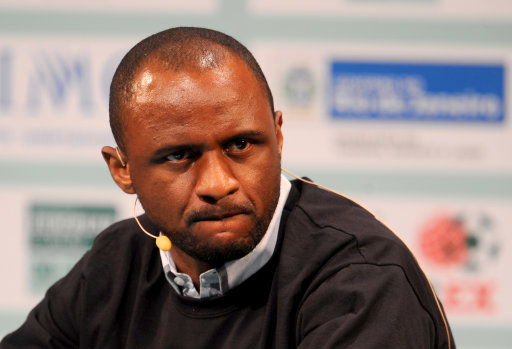 “Paddy Vieira give Fergie the gasface”

Manchester City’s Football Development Executive, Patrick Vieira, has decided to keep the war of words going with Sir Alex Ferguson, after claiming that the Red Devils get preferential treatment from match officials.

The former Arsenal star was speaking at the Soccerex conference in Manchester, the day after Michael Oliver failed to give Fulham a blatant penalty at Old Trafford. The former French international said:

“When United play at home they get some advantage that other teams don’t get. When you go to United, Madrid, Barcelona, or Milan, it’s always difficult for the referee to go against these kind of teams.”

“This is the way it is. It’s something the teams who are used to winning get all the time, so we need to win games so we have this advantage in the future.”

To be perfectly honest, this opinion is nothing new and most football fans, except those United ones of course, would probably agree with Vieira. However, what’s more interesting is that the City man is pulling no punches in his verbal joust with Fergie which means a lot more ‘ammunition’ should be in the offing from Old Trafford very very soon. It’s like the court of Louis XVI all over again. Except with less wit. And fewer powdered wigs.