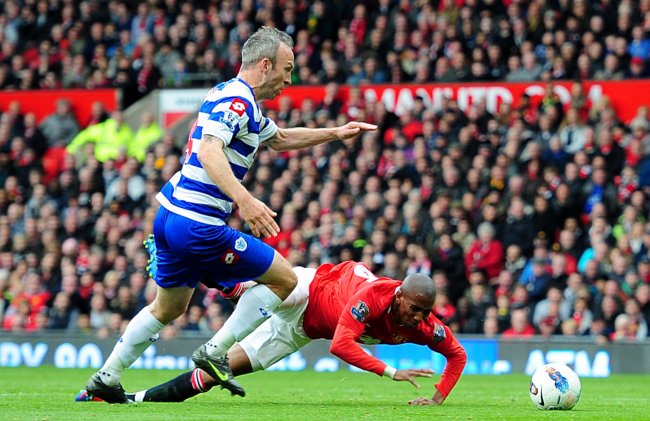 Word has just filtered through that the FA have rejected QPR’s appeal over Shaun Derry’s naff red card against Manchester United on Sunday. On what grounds? We haven’t got the foggiest!

If I remember correctly, it’s something to do with FIFA’s blanket insistence that red cards – no matter the violation or the circumstances – cannot be appealed, with the English FA having special dispensation to allow appeals but only in the specific case of ‘mistaken identity.’

Here’s the FA’s statement in its entirety:

“Queens Park Rangers midfielder Shaun Derry will serve a one match suspension with immediate effect after his claim of wrongful dismissal was rejected by a Regulatory Commission today [Tuesday 10 April].

“Derry was dismissed for denying a goalscoring opportunity in the Premier League match against Manchester United on Sunday 8 April 2012.”

Derry will now serve a one-match ban for the heinous crime of unbalancing an offside Ashley Young with his mere presence/powerful manly musk. Justice has been miscarried. It’s official…

If you’re surprised by this development in any capacity then this must be your first encounter with the FA and their inherently farcical, stupor-inducing feats of spectacular illogic.