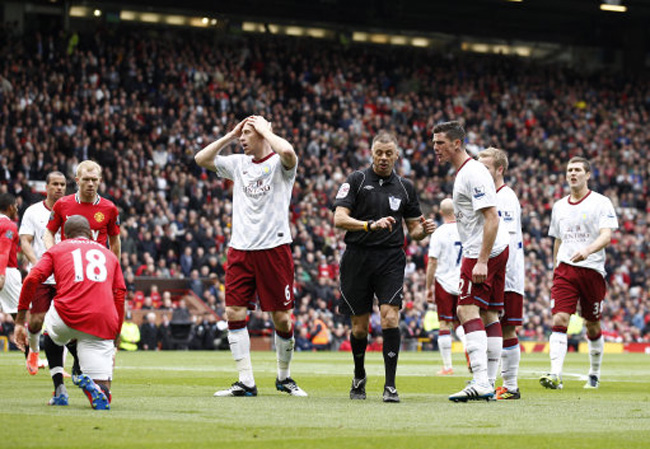 He’s done it again! Swiftly making a name for himself as the Premier League’s premier diver, Ashley Young earned his side a penalty after ‘making the most’ of the slightest of contact from Ciaran Clark in the Villa box. Wayne Rooney slotted home the penalty and from then on it was game over as Paul Scholes once again showed just how important he has been in United’s title tilt.

The Villans have been appalling all season and failed to give the Red Devils much of a game. Goals from Danny Welbeck , another from Rooney and a late strike from Nani see Fergie’s men go back five points clear at the top of the table.

But surely Gareth Bale’s crown as the top tier’s top diver is now under threat from Young?