Apparently it’s a riposte to Sir Alex’s famous answer to the question “would United ever go into a Manchester derby as underdogs?” in which the Scot replied, “Not in my lifetime”.

In that context it’s quite a witty little statement by Tevez. Although one doubts that United fans are smiling at this very moment. 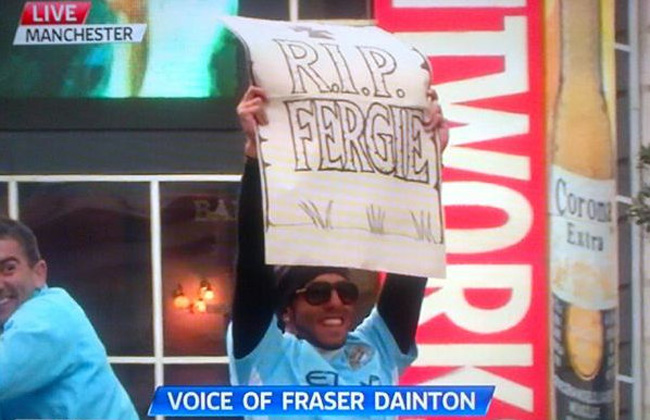