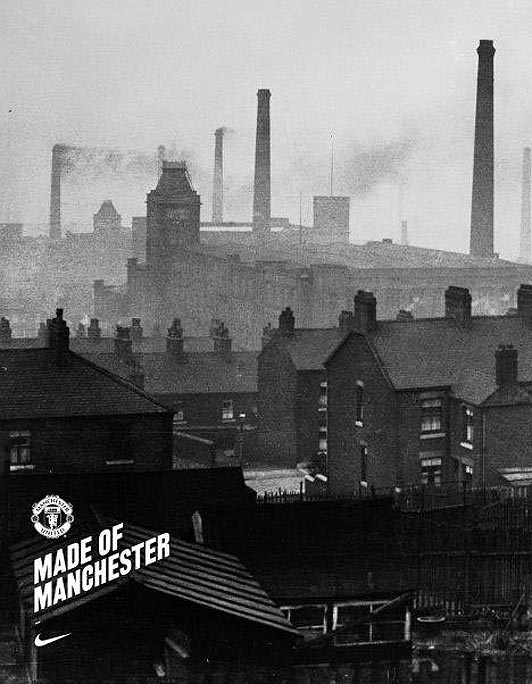 Manchester United’s new Gingham home kit, for better or worse, has been designed to reflect the city’s industrial heritage – so much so, in fact, that the motto ‘Forged in Industry, Striving for Glory’ is stitched inside the collar. Isambard Kingdom Brunell would wet himself.

The promo above has been posted on the club’s official Facebook page to plug the launch of the kit featuring a grainy ‘grim oop North’ black and white photo of Lowry-esque terrace rooftops, factories and chimney stacks belching soot out into the leaden skies over the city – the only problem being that the city in question isn’t Manchester at all, rather Oldham nine miles down the road.

It’s all a little pedantic as Oldham is still a part of Greater Manchester, but the advert has already attracted its fair share of consternation and, as a result, a spokesman for Nike has promised that the image ‘will not be used in any other part of the campaign.’