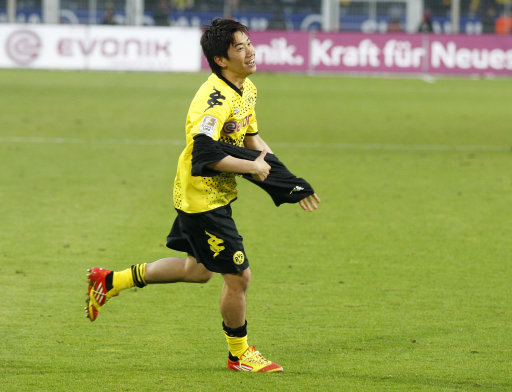 The deal is done. The day after Chelsea made their first high-profile move of the summer is hoovering up Eden Hazard for £32 million, Manchester United have responded by tying up the £12 million (rising to £17 million) signing of Shinji Kagawa from Borussia Dortmund – making the 23-year old midfield string-puller their first ever Japanese player.

“Manchester United is delighted to announce that it has agreed terms with both Borussia Dortmund and Shinji Kagawa for his transfer to the Club.

“The deal is subject only to the player medical and obtaining a UK work permit. These conditions are anticipated to be completed by the end of June. Further details will be announced in due course.”

…and here’s the obligatory Rio Ferdinand Tweet: “Welcome to Shinji Kagawa for his transfer to Man Utd. Here’s to a succesful time here bro!”

£12 million for the inaugural Bundesliga player of the year? Bit of a bargain, no? Word is he’s also going to be handed the No. 7 shirt at Old Trafford. You don’t need us to tell you why that’s significant *ahem* Best *ahem* Beckham *ahem* Robson *ahem* Cantona *ahem* Ronaldo *ahem*

Apropos of nothing, Kagawa also enjoys hunting hares in his spare time. Fact.

Not properly acquainted? Here’s his best bits from his Dortmund days…

Yep. We’re excited about this one.