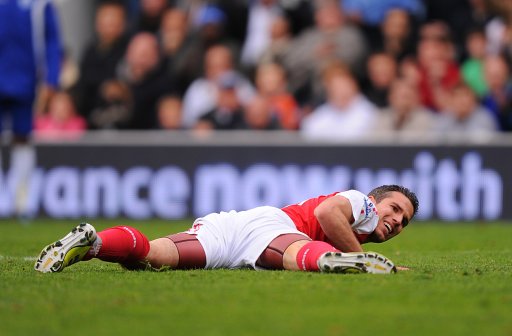 The BBC Sport website have just confirmed that Arsenal have received three offers this morning for Robin van Persie, with Manchester City, Manchester United and Juventus all tendering bids believed to be in the region of £15 million.

Van Persie, who has been left out of the Arsenal squad that will be travelling to Asia on Saturday for a three-match pre-season mini tour of Malaysia, China and Hong Kong, has one sole year left on his contract at the Emirates, though it is believed that Arsenal are still attempting to hold out for a fee of £25-30 million for their prized pig.

Best of luck with that chaps.