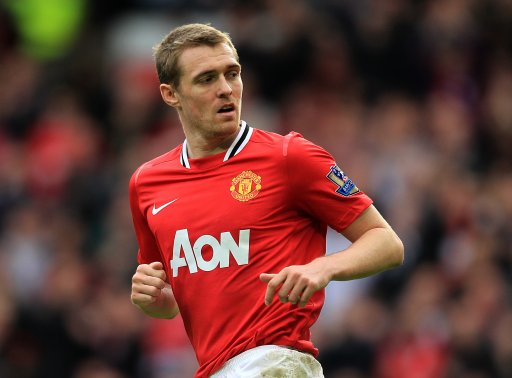 It’s not that long ago that question marks were being raised over Darren Fletcher’s chances of ever playing football again, as a chronic bowel problem kept the Man Utd man out of action for the majority of last season. However, having already been called up to the Scotland squad this week, the 28-year-old made an appearance for United in a friendly game against Aberdeen on Tuesday night.

The game, a testimonial for Dons legend Neil Simpson, a player who played under Fergie during the club’s hugely successful period in the eighties, saw a strong United side go two goals down courtesy of gaffes from Paul Scholes and young ‘keeper Sam Johnston.

Fletcher came on on the hour mark while Brazilian underachiever Anderson bagged the goal of the game late on, after dribbling through the Aberdeen defence.

Oh, and Dwight Yorke, Clayton Blackmore (yes, really!) and Quinton Fortune all made cameo appearances too!

Check out the highlights here…