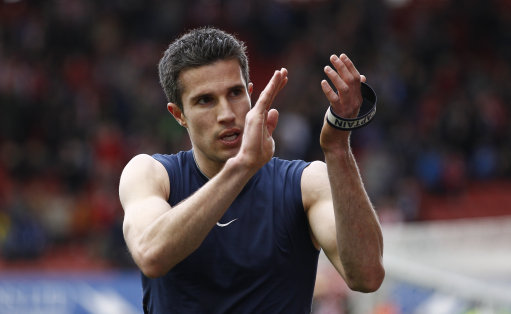 “Take this, I won’t be needing it where I’m going…”

A statement has just gone live on the Arsenal website to confirm that the club have agreed a deal with Manchester United over the sale of Robin van Persie – here it is, all 41 words of it:

“Arsenal Football Club can confirm that terms have been agreed for the transfer of Robin van Persie to Manchester United.

“Van Persie will travel to Manchester on Thursday in order to agree personal terms and complete a medical ahead of the proposed move.”

It’s not yet confirmed, but we’ve reason to believe that the fee is somewhere up around the £24-million mark, which isn’t bad money whichever way you look at it – especially as he only has one year left on his contract. However, some of the £24 million may or may not be belated compensation for Mikael Silvestre*.

Well then, it’s (almost) done. What do we make of that Pies fans?