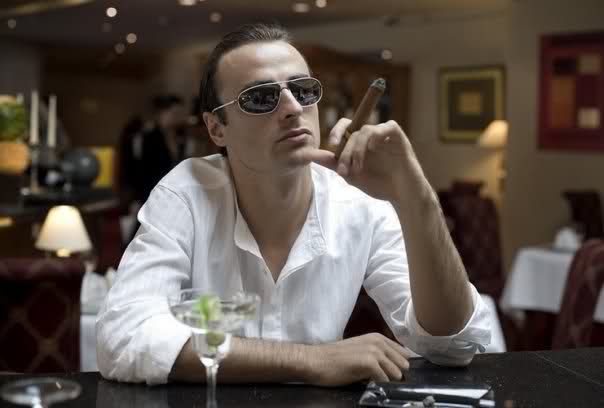 You could be forgiven for thinking the man had died, but no, alas, he’s merely leaving for Florence. Fiorentina have offered €5 million in three installments, Manchester United have accepted and Dimitar Berbatov is currently onboard a plane to Tuscany where a three-year contract awaits his signature.

The criticisms were and are ever-present; he doesn’t graft, he’s inefficient, inconsistent, he’s liable to no-show, he saunters around with his hands in his pockets transfixed forlornly on that next gitane; but that was all kind of the point – he plays by different standards; wisping around the pitch like a dislodged cobweb caught in a gentle breeze, all the while… Christ, we better stop before this becomes indecent.

The man formerly known as Flopiflop Flopbaflop scored 30-odd goals in 2010/11 and that still wasn’t good enough. Still the detractors whittled because ‘he didn’t muck in’, ‘slowed United’s attack to a crawl’ and ‘only scored unimportant goals in clutches against weaker sides’, to which we say “will you stop being so bloody English about it! You’re missing the point you whinnying fools!”

Sod the stats, that’s not why he’s there. Berbatov’s overall contribution to a game can’t usually be accurately measured in things as perfunctory and mechanical as numbers and equations. It’s to be measured on a sliding emotional scale. Like 3-ply toilet paper, he’s one of life’s luxuries.

That sweet first touch to pluck a horrible arching hoof out of the ether, the composure while crowded out in a corner, that nonchalant backheel, that outside-of-the-boot one-two – revel in those, let your eyes moisten. Didn’t they make you feel just that little bit better about this humdrum existence? That’s what he was on that pitch for. To move you. To stir your soul (in irregular increments).

Pies will always love you – perhaps a little too much.

(This touching video tribute comes by way of Surreal Football)