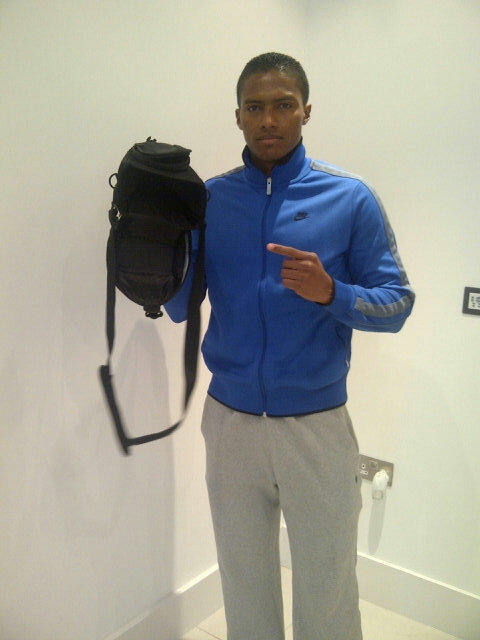 Would you just look at Luis Antonio Valencia. Look upon his furrowed brow, his tear-swollen puppy dog eyes, his angry point, his confused scowl. Could you live with yourself knowing you’d inflicted that kind of misery upon a fellow human being?

There is a baggage handler at an airport somewhere in Ecuador who must now carry that burden, for Valencia had his expensive camera nicked from his luggage somewhere between Quito and Manchester after flying home to South America for his country’s World Cup Qualifiers.

“Yes! They rob you in your own country!”

“They won’t rob you anywhere else, these assholes that check your baggage in the airport robbed my camera.”

“I hope they use it well, these f**king fools. What a disgrace.”

“These fools checked my suitcases. They had already robbed me, they didn’t want to check the other. They wanted me out of there quickly. How awful.”

Sadly, this was the second time Valencia was robbed during his two weeks away, after the winger was left fuming at the ‘clown’ referee who saw fit to send him off for next to nothing against Uruguay in midweek.