We’re told that this is the official letter from Sir Alex Ferguson that Manchester United fans will be handed when they pass through the turnstiles at Anfield on Sunday in an effort to keep the trogolodytes that still insist on chanting about Hillsborough quiet. 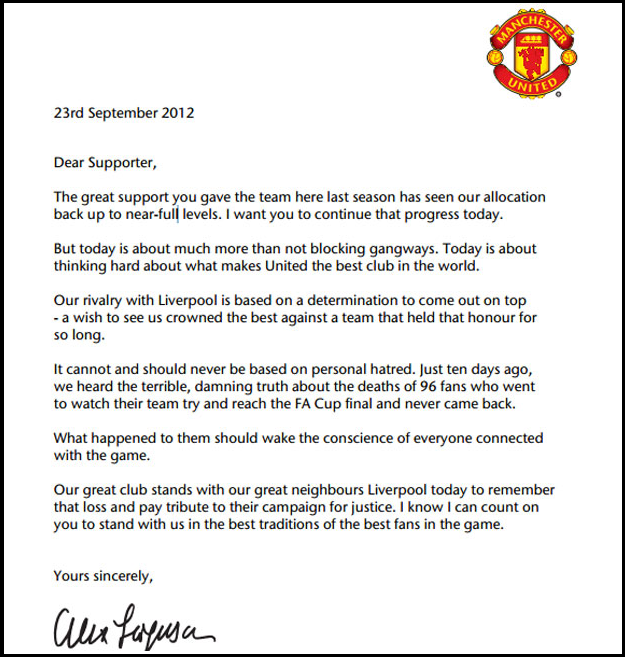 Apparently respective captains Nemanja Vidic and Steven Gerrard are also going to release 96 balloons before kick-off in tribute to the Hillsborough victims. They’re certainly doing their bit to keep the rivalry civil and sporting this time around.