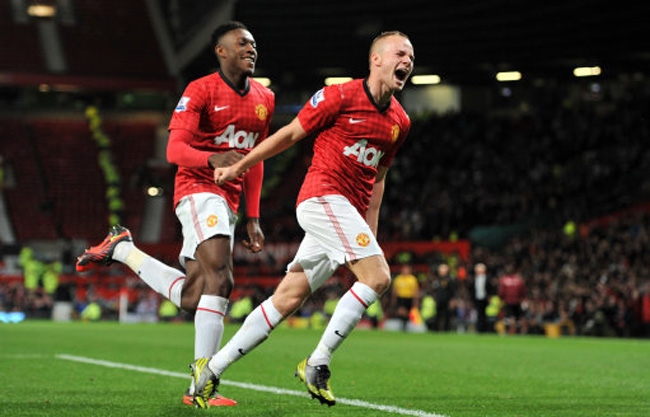 Sir Alex Ferguson put out a mix’n’match side at Old Trafford on Wednesday night, but his blend of youth and experience proved good enough to beat Alan Pardew’s Newcastle.

United’s goals came from Anderson and Tom Cleverley, both decent efforts indeed, but Newcastle sub Papiss Cissé got one back on the hour-mark and almost forced extra-time, only for his overhead kick to come back off the bar.

As well as the result, Fergie will no doubt be pleased by the performances of young ‘uns such as Marnick Vermijl and  Michael Keane.