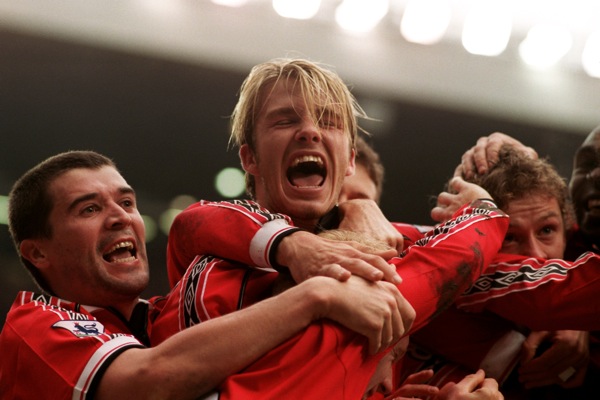 In an interview with the Mirror published today, David Beckham kicked out slyly at the new ambition of cash-rich Man City (much like he did to Diego Simeone at the 1998 World Cup). He also pledged that he would never, EVER sign for Citeh, no matter how much cash they offered him:

“I would never sign for Manchester City. That’s mainly because I am a Man United fan. It doesn’t matter about money. It is always about loyalty with Manchester United.

“They are the team I supported and the team that I played for for years and I just couldn’t bring myself to sign for City. I couldn’t do it.”

He went on to state that City would never match United’s stature:

“City will never be bigger than United. Money does a lot for a club and a team, but being successful and being one of the most recognised clubs in the world doesn’t come from the money.

“It’s about history. There aren’t many clubs that can boast the history of Manchester United, Real Madrid, Barcelona or AC Milan. It’s not about having all the money in the world. All that does is creates attention but you can’t buy the history of a club.”

For Becks, this is pretty outspoken stuff. No doubt almost all City fans will disagree with him – and of course there was a time when City were more successful than United, but since it was before the Prem era, most people appear to have no idea about it.

In the modern era, money is so crucial that I could envisage a scenario, perhaps five years from now, where City are more successful than United. Does that make them a bigger club though? Who knows how to define such a thing? In a two-club city, obviously there is a constant battle for bragging rights; United have had much the best of it in the last 20 years, but City’s new-found wealth threatens that order. And when Fergie exits Old Trafford… well, it’s up for grabs then. 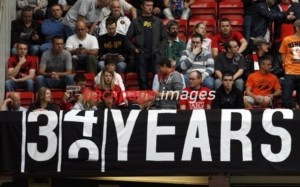 As for the value of history in evaluating a club’s size, obviously Becks has a point – clubs like Man Yoo and Real Madrid can point to their trophy cabinets as proof of their status as bona fide Giants of Europe. For me though, City’s big-club status has been earned in an entirely different manner – not by its players but by its fans, who have supported the club through so many bad times, but never stopped singing.

At the end of it all, it’s very simple: you support your club, no matter what. In football, size doesn’t matter.