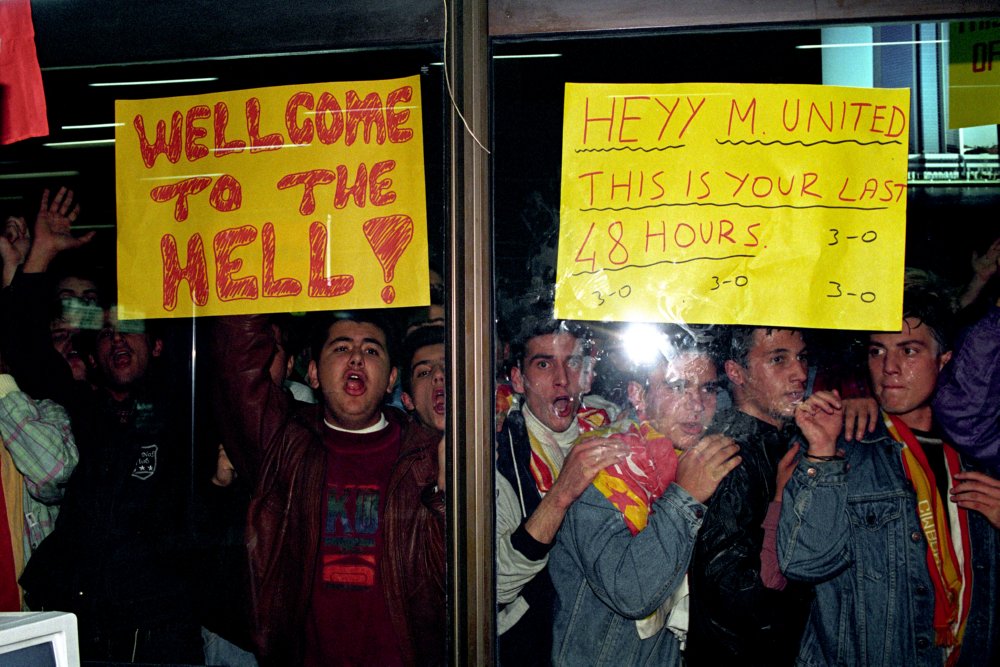 Galatasaray fans swarm at Instanbul's Ataturk Airport to greet the Manchester United squad and pass on their best wishes.