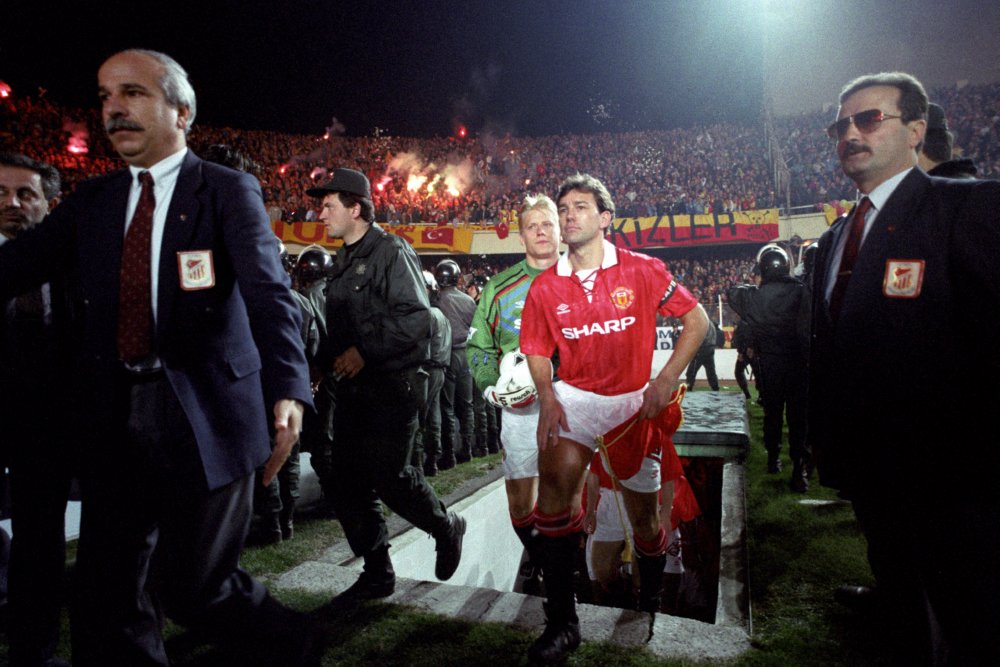 Manchester United captain Bryan Robson leads his team up the steps of the Sami Yen stadium and out into 'Hell'.