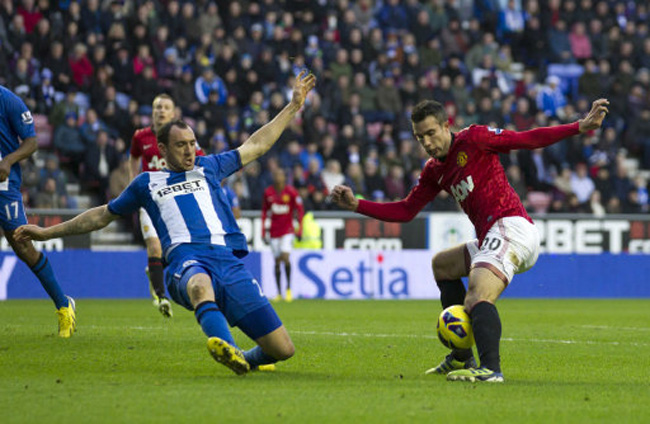 Sir Alex Ferguson’s decision to start with both Robin Van Persie and Javier Hernandez in a more tradition 4-4-2 formation was rewarded by a brace each from the two centre-forwards as the Red Devils steamrolled Wigan at the DW Stadium.

Hernandez’s goals, on 35 and 63 minutes, were two fine examples of the Mexican poacher’s predatory instincts in the box, while Van Persie’s first, just before the break, was an outstanding individual effort. Receiving the ball from Hernandez in the box, the Dutchman superbly turned Ivan Ramis before curling home with his right foot. The former Arsenal’s man’s second, on 88 minutes, was also struck with his weaker foot as the visitors totally dominated.

The Latics did their best to fight back against the onslaught, with Arouna Koné seeing his effort ruled offside. But overall, United were well worth their win.